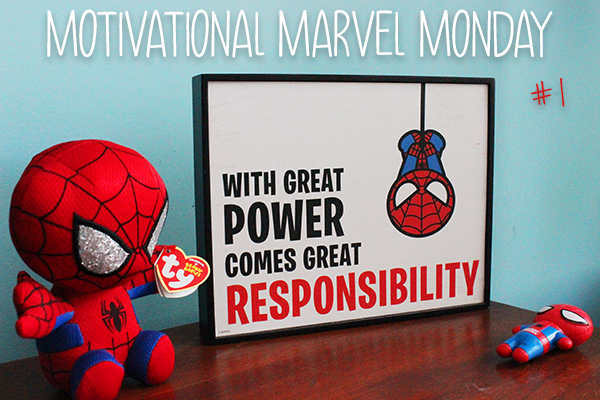 Happy Monday everyone! As you may know, lately I have been marathon-ing the Marvel movies. Superheroes are a great source of inspiration for me-while they may have more formidable and obvious foes than we do in real-life, they still have relatable moments throughout the movies. Especially with the world the way it is right now, I thought I would write a few posts with my favorite motivational quotes from the Marvel Cinematic Universe!

I know my summer classes start today, and whether you work, go to school, or simply have your own goals to accomplish, let’s start the week off inspired!

Let’s begin with a recurring quote from one of my favorite Avengers, Captain America. One of his greatest traits is his tenacity. Life is full of challenges and obstacles and usually the greatest rewards come after you fall down multiple times. It’s not how many times you fall that matters-it’s how many times you get back up.

Everyone is unmotivated at times, but it’s your choice whether you keep going or give up. Obviously take breaks when you need them, but go after your dreams relentlessly. Everyone experiences setbacks, but don’t let them stop you. Learn from your mistakes instead of dwelling on them. The only time you lose is when you give up.

“I just finally know what I have to do. And I know in my heart that it’s right.”

Sure, Tony Stark might have initially focused on money, fame, and glory, but throughout the movies, he grew so much as a character. He saw what his weapons were doing in the hands of enemies, and ever since, he did whatever he could to counteract that. Even his mistakes had the best intentions…he wanted to do something to protect the world he loved.

He found his purpose and switched his life around. He made mistakes here and there, but he moved past them and ended up saving the universe.

Maybe you’re like me: what is my purpose? It is a huge question after all. Tony Stark didn’t know his end goal when he said this quote (he didn’t even know Thanos existed back then)-but he aspired to change the world and protect it as much as he could. If you’re confused, start at the basics: what do you enjoy doing, what would you want to be known for? Inspiring others? Making people smile? Designing innovative ideas? Creating beautiful art? Start with what you love and go from there.

“When you can do the things that I can, but you don’t, and then the bad things happen, they happen because of you.”

I suppose this goes along with the famous Spider-Man quote “with great power comes great responsibility,” and it is one of my favorites! Peter Parker was onto something here-if you have the power to make a difference, you should! Everyone has their own skills and outlooks, but the world can’t benefit from them if you keep them to yourself.

If you see a problem and can do something about it, don’t stand there and ignore it. Many issues fall into the trap of “I’m only one person-what difference can I make?,” but you’ll never know how much of an impact you could make if you don’t even try. Wouldn’t you rather be comforted with the thought that you did everything you could instead of regret that you did nothing?

“I have nothing to prove to you”

There are many great lessons in Captain Marvel, and one of the best is that you do not have to prove yourself to anyone. Like mentioned before, everyone has their own talents and skills; there’s no point in comparing yourself to others. Someone may be better than you in one area, but you’re better at something else. You don’t owe anyone anything; do what’s best for you.

Some skills and talents may be more socially accepted than others, but they are all important! Don’t let disapproval prevent you from doing the things you love. People can believe your aspirations are too big, silly, unrealistic, but it doesn’t matter. As long as it makes you happy, keep on doing it! The only opinion you need to worry about is your own. 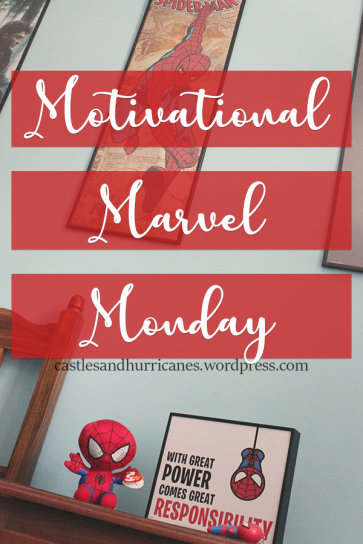 Do you have a favorite quote from the MCU?